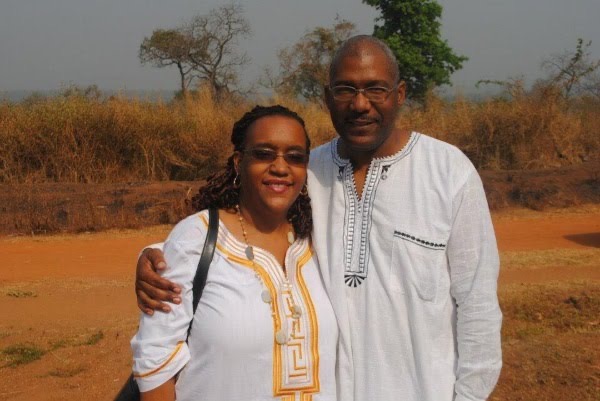 Serving in leadership development in Africa

Lloyd first heard about Christ after being given a tract by a Campus Crusade missionary at Texas A&M University. He didn’t immediately come to know Christ, but his commitment eventually came just a few years later while living in Atlanta, Georgia.

Jan came to know Christ and was baptized when she was eight years old at Good Hope Missionary Baptist Church in Houston, Texas. She recommitted her life to Christ at age 22 and has walked a life committed to Him ever since.

When Lloyd and Jan met and married, they immediately saw the Lord pulling their hearts and heads together in a synchronized movement toward Him—leaving them thirsting for more and more of Him.

Through the encouragement of great pastors the Chinns decided to study the Bible more seriously, and it was through this that they heard the call to ministry. In 1998, the Chinns left their home in Houston to attend Dallas Seminary, and their lives have never been the same.

In 1999, Lloyd went to Ghana on a short-term missions trip at the invitation of another Dallas Seminary student. “I was so impacted by the staggering need for discipleship,” says Lloyd, “that I remember God revealing this would be my next place of ministry.” The following year, Lloyd returned to Ghana with the whole family, and Jan was also alarmed by the clear need for discipleship. “I knew the Lord was calling us there on the plane ride home,” she adds.

Lloyd and Jan feel the most rewarding aspect of being a missionary is being placed in an unfamiliar environment that allows you to see God in new ways. “We get very excited about being a catalyst for change in the lives of others as they discover and receive the truth of the gospel,” they add.

Thank you! Your submission has been received!
Oops! Something went wrong while submitting the form.